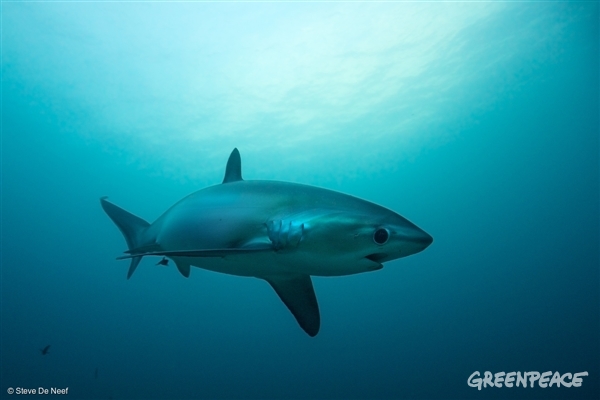 After traveling thousands of miles from the beautiful island paradise of Malapascua in the Philippines, I am now in Johannesburg, South Africa, to tell the stories about how thresher sharks are valuable not just to our oceans, but to our community as well. I am here to help convince world leaders to vote yes to protect our threshers.

Monad Shoal, a dive site 8.6 kilometers away from Malapascua Island, is the only place in the world so far where the otherwise elusive thresher sharks can be seen in relatively shallow waters almost every day. These migratory species go there to rid themselves of parasites. The island's economy subsists mainly on thresher shark dive tourism, which accounts for approximately 90% of the island's income.Sharks are important to our ecosystem, and a CITES listing will not just help ensure a bountiful sea for us, but sustain our livelihoods that enable us to bring food to our table and send our kids to school.Unfortunately, the coral reefs used by the sharks as a cleaning station has suffered from years of damage from destructive fishing practices, as well as damage from typhoon Yolanda in 2013. This was worsened when a ship grounded close to the prime shark viewing site in June 2016.There is still hope however. We have done a lot in Cebu, starting from a province-wide policy to protect all sharks, to creating the country’s first shark and ray sanctuary. Please help us convince the Philippine Government and world leaders to vote YES to listing thresher sharks in Appendix II of CITES by signing this petition.The world’s ocean is under attack and we can help it survive by protecting its biodiversity, including its sharks. Without our thresher sharks, my island paradise Malapascua may cease to exist.

This article was first posted on GreenPeace.